Federal Polytechnic Nekede in Imo State has provided delight and happiness to certain Nigerians by inventing the country’s first electric car with over 90% indigenous material.

The vehicle is primarily powered by a solar panel, which eliminates the need for fossil fuels. The automobile, which is the result of years of research, operates without an engine but has all of the other characteristics of a car. Engr Pius Nwosu of the Polytechnic’s Department of Mechanical Engineering is leading a team of engineers who invented the car. He is also an alumni of the college.

When the electric automobile was unveiled at the Polytechnic’s Engineering workshop, the Rector, Engr Dr Michael Arimanwa, praised Engr Nwosu and his team for doing the Polytechnic proud. He also lauded the team’s unshakable devotion to completing the mammoth endeavor, vowing to provide them with all required assistance in gaining the invention’s vital visibility.

The Rector said, “The polytechnic will take this project to the Inov-8 hub, which is connected to the Skill G Innovation Centre Abuja, so that potential investors from all over the world may view it and invest substantially in it.” From there, the Federal Government can take over and include it in the budget through the Ministry of Science and Technology.”

To further motivate the project’s main engineer, the Rector declared that the Polytechnic will issue him a praise letter in exchange for his formal submission of the vehicle’s specifications, from idea to research and creation.

Engr Pius Nwosu, speaking about his motivation for the project, stated that the Nigerian environment required eco-friendly vehicles as a result of the ecosystem’s pervasive pollution, adding that the electric car provided a way to avoid dangerous emissions produced by gasoline-powered vehicles’ engines.

Concerning the materials used to manufacture the car, the young engineer indicated that over 90% were sourced locally, emphasizing that the product demonstrated Nigeria’s capacity to create cars locally in order to halt the tide of automobile imports into the country. Regarding the timeframe of the invention, Engr Nwosu stated that it took him and his team approximately six months to construct the vehicle, adding that once the initial production is complete, following manufacturing will take less than one month.

Engr Pius Nwosu lavished praise on the Polytechnic’s Rector and Chief Executive Officer, Engr M.C. Arimanwa, for the great assistance he received that resulted in the vehicle’s successful invention. He noted the Rector’s facilitation of the TETfund facility as evidence of his commitment to research and development. “The Rector used his authority as Chief Executive of the Polytechnic to play a critical role in drawing the attention and support of the Tertiary Education Trust Fund (TETfund), thereby transforming the project from a dream to a reality,” he explained.

A major highlight of the unveiling occasion was the Rector and his management team test-driving the electric car.

JAMB to return N4,000 to students who could not meet up with the 2021 registration 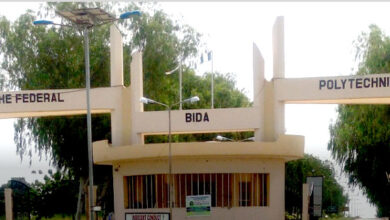 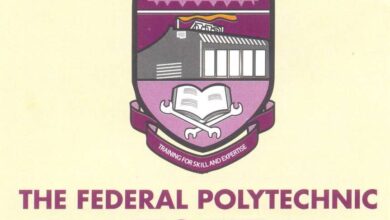 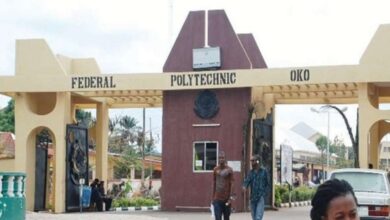